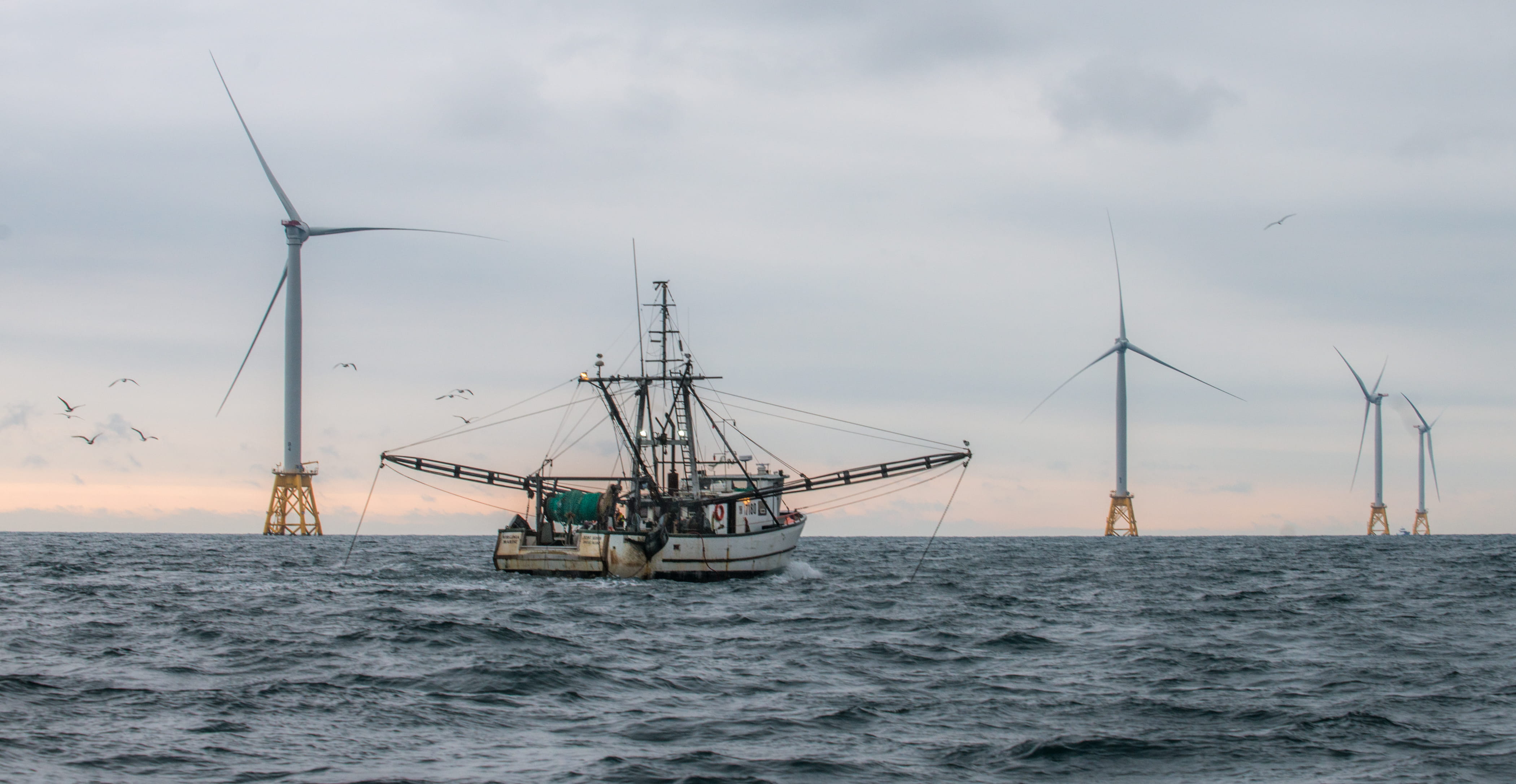 The FMP, which was developed in accordance with the Bureau of Ocean Energy Management’s “Guidelines for Providing Information on Fisheries for Renewable Energy Development on the Atlantic Outer Continental Shelf,” includes a suite of seven fisheries monitoring surveys – including a first-of-its-kind study for offshore wind in the U.S. on environmental DNA, or “eDNA” – that will monitor and assess the abundance of the fish community, as well as the biodiversity that exists in the Ocean Wind 1 lease area.

Led by a team of research scientists, the monitoring fieldwork began prior to construction and will be carried out over a six-year period on local commercial fishing vessels through all phases of project construction, including during and after construction activities. The research and data obtained will help to establish a baseline for monitoring potential impacts associated with the development and operations of offshore wind. Ørsted funded similar research through an independent scientific contractor, Inspire Environmental, to study pre-construction, construction, and operational impacts to fisheries resources at America’s first offshore wind farm, Block Island Wind. The results from that trawl study were published in March of 2022 and found no major adverse impacts to marine life throughout the process.

“We are thrilled to conduct this environmental monitoring with such a highly qualified research team and their fishing industry partners,” said Gregory DeCelles, Senior Environment and Permitting Specialist, Ørsted Offshore North America. “This important study will collect a wealth of valuable data on important commercial and recreational species and can serve as a model for accomplishing fisheries monitoring at offshore wind sites on a regional scale.”

The fisheries monitoring approaches were identified and developed by the participating scientists at Rutgers and Monmouth universities as those most appropriate for the lease area and will utilize a variety of traditional and innovative survey methodologies, including trawls, baited remote underwater video cameras, chevron fish traps, gliders, and towed video cameras, as well as mobile and passive acoustic telemetry.

One of the seven surveys being conducted in the Ocean Wind 1 lease area is a Northeast Area Monitoring and Assessment Program (NEAMAP) style trawl survey. This survey will be used to sample the fish and invertebrate community and will be paired with eDNA sampling to allow for the assessment of the species composition in the project area during the three phases of offshore wind farm development: siting, surveys and permitting; construction and installation; and operation and maintenance.

Oceanographic data collected from these surveys through gliders, shipboard observations, and regional ocean observatories will be integrated with each of the sampling tasks to understand how the abundance and distribution of fish and invertebrate species may be influenced by seasonally dependent ocean stratification in and around the Ocean Wind 1 lease site.

“The structure of this part of the ocean, the Middle Atlantic Bight continental shelf, is unique among oceanic provinces due to its extreme seasonal temperature range and vertical layering. Migration and ranging are an important part of fish life cycles here as a result, and this makes it challenging to tease out responses to the wind farm specifically,” said lead Principal Investigator Thomas Grothues, Associate Research Professor in the Department of Marine and Coastal Sciences of Rutgers-New Brunswick’s School of Environmental and Biological Sciences. “It will be different than European and even Block Island offshore wind farms. But this study is ambitious and comprehensive enough to tackle this challenge and should yield a trove of data that would be hard to get through any other kind of project.”

The eDNA work, led by Monmouth University scientists, involves extracting genetic materials from the ocean to determine whether the development of wind turbines and infrastructure has an impact on fish populations. Those genetic materials include cells and bodily fluids that fish leave behind when swimming that can be collected, analyzed, and matched to the genetic barcodes of other fish to determine their species.

Ocean Wind 1 is the first offshore wind project to monitor for potential changes to fisheries in a wind-energy area using eDNA. This crime scene investigation-style approach to marine detection has emerged as a more humane and less expensive means of studying fish populations than traditional methods that require their capture.

“Sampling for eDNA is especially effective for detecting uncommon, endangered or otherwise hard to catch species in the waters,” said Monmouth University Endowed Associate Professor of Marine Science and project co-lead Jason Adolf. “There’s a degree of luck involved in trawling for fish, just as when you cast a line at your local lake. The genetic materials in the water can tell you a lot about what you didn’t catch.” The Monmouth team will sample the waters before, during and after construction for DNA shed by marine life and compare the findings with data gathered through traditional trawls and fish tagging methods.

The Ørsted vision is a world that runs entirely on green energy. In the United States, Ørsted operates the Block Island Wind Farm, America’s first offshore wind farm, and constructed the two-turbine Coastal Virginia Offshore Wind pilot project – the first turbines to be installed in federal waters.  Ørsted has secured over 2,900 megawatts of additional capacity through five projects in the Northeast and Mid-Atlantic. To learn more visit us.orsted.comor follow us on Facebook, Instagram and Twitter (@OrstedUS).

Public Service Enterprise Group (PSEG) (NYSE: PEG) is a predominantly regulated infrastructure company focused on a clean energy future. Guided by its Powering Progress vision, PSEG aims to power a future where people use less energy, and it’s cleaner, safer and delivered more reliably than ever. PSEG’s commitment to ESG and sustainability is demonstrated in our net-zero 2030 climate vision, our pursuit of science-based emissions reductions targets and participation in the U.N. Race to Zero, as well as our inclusion on the Dow Jones Sustainability North America Index, the Bloomberg Gender-Equality Index and the list of America’s most JUST Companies. PSEG's businesses include Public Service Electric and Gas Co. (PSE&G), PSEG Power and PSEG Long Island. (https://corporate.pseg.com).